Previous research indicates that vaccination can reduce the proportion of feedlot cattle shedding E. coli O157:H7 in the feces (Potter et al., 2004; Peterson et al., 2005). However, the effect of that vaccine on subsequent hide contamination at harvest has yet to be evaluated.   Additionally, it can be argued that pre-harvest interventions aimed at reducing the carriage and shedding of E. coli O157:H7 in feedlot cattle will reduce hide contamination at the feedlot, but not at the packing facility. Transport and lairage may have a considerable impact on cross contamination of hides.

For the second study, 336 steers were grown in a winter grazing system until they were placed on trial in the spring of 2005. Steers were sorted by weight and placed into 3 treatment groups (each treatment group containing 112 head). Within each group, steers within pens were assigned randomly to one of two vaccination treatments (i.e., vaccinated or non-vaccinated). Two doses of vaccine (2 ml dose SQ in the neck) were given to vaccinated steers and 2 doses of placebo were given to non-vaccinated steers on the same day. A second dose of vaccine was administered at re-implant, approximately one month after the first vaccination.

The results of this study suggest that a considerable amount of cross contamination can occur from pre-harvest to post-harvest (during transport and lairage). In this study vaccination reduced the probability of recovering E. coli O157:H7 from cattle hides. Vaccination or other pre-harvest intervention strategies aimed at reducing the carriage and shedding of E. coli O157:H7 may prove beneficial for reducing the magnitude of the cross contamination occurring during transport from the feedlot. 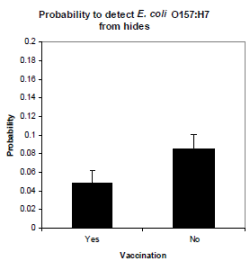 Figure 1. The probability for vaccinated and non-vaccinated cattle to have E. coli O157:H7 hide contamination, adjusted for pre- and post-harvest measures 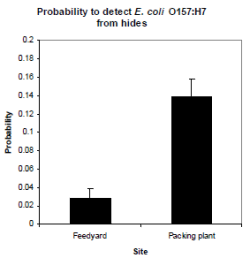 Figure 2. The probability for cattle to have E. coli O157:H7 hide contamination pre- and post-harvest, adjusted for vaccination treatment.