Antimicrobial use in animal production has been scrutinized in recent years and believed by some to be potentiating the burden of drug-resistant organisms. Some of these drug-resistant bacteria are capable of causing or complicating disease in humans. Methicillin-resistant Staphylococcus aureus (MRSA) is one such pathogen. This phenotype of S. aureus resists β- lactam drug therapy, thus leaving limited therapeutic options to treat disease caused by MRSA.

MRSA is a well-known cause of nosocomial infections worldwide, and recently, evidence has suggested it can be a community acquired and zoonotic pathogen. Consequently, public-health control of this organism poses new challenges for both human and animal practitioners. MRSA has been identified in numerous animal species including pigs, cattle, and horses.

In light of MRSA being detected in food-producing animals (Lee, 2003) and reports of food borne transmission of MRSA in other countries (Kluytmans et al., 1995), we sought to investigate the burden of MRSA in beef cattle in the Texas High Plains in order to evaluate cattle as a potential reservoir for the pathogen and subsequently a possible food-borne source of MRSA and assess the susceptibility of methicillin-susceptible S.aureus (MSSA) recovered from cattle of the Texas High Plains.

Susceptibility results for disk diffusion are still being analyzed. Sensititre results are reported here. Of the isolates, 17.1% were susceptible to all drugs tested. The most commonly observed resistance was to chloramphenicol (53.7%) followed by daptomycin (50%), tetracycline (1.2%) and erythromycin (1.2%). No isolate was resistant to four or more drugs. (British Society for Antimicrobial Chemotherapy, February 2008). The phenotypes observed are presented in Figure 1. Disk diffusion data is still being analyzed and not presented here.

While S. aureus is not uncommon on the surface of animals, the burden of MRSA carried by cattle in the Texas High Plains appears to be negligible, and considerable increases in sample size are needed to detect such a rare event. Given that the most productive site of isolate recovery was nasal swabs, future studies designed to characterize S. aureus isolates may be best focused on this site with increases in number of animals sampled. All MSSA isolates recovered in the study were broadly susceptible to antimicrobial drugs. The data reported herein provide evidence that S. aureus found on surfaces of cattle in the Texas High Plains are of little, if any, food-borne or direct-contact consequence.

Further antimicrobial susceptibility testing using disk diffusion is ongoing to better evaluate certain antimicrobials that were either not adequately assessed using the microbroth dilution panel or were not present on this panel of drugs. All susceptibility data will be reevaluated using the Clinical Laboratory Standards Institute standards prior to manuscript publication. 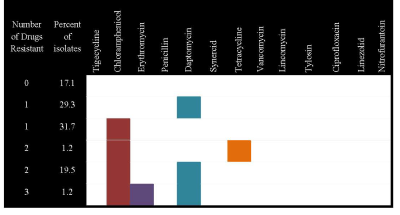 Figure 1. Antimicrobial resistance phenotype, percentage of isolates, and number of drugs to which they were resistant.