Bovine peripheral lymph nodes (LNs) have been identified as a potential source of human exposure to Salmonella enterica, when adipose trim containing contaminated LNs is incorporated into ground beef. Results of recent studies suggest that excessively high levels of Salmonella in cattle environments and on cattle hides provide the opportunity for Salmonella to gain entry to bovine peripheral LNs via transdermal abrasions such as insect bites and wounds. Once located within the bovine lymphatic system, many Salmonella have the ability to persist or even thrive, without obvious negative impact on cattle health and performance. Furthermore, at harvest Salmonella located within bovine tissues are protected from current carcass antimicrobial interventions. Thus, pre-harvest interventions will likely be needed to circumvent this point of entry for Salmonella into the human food chain. In order to evaluate the efficacy of pre-harvest interventions it will be necessary to identify reliable methods for monitoring Salmonella prevalence and levels in feedlot environments. Thus, the objective of the research described here was to determine if a reliable “predictor” or “environmental marker” could be identified, that could be used to determine Salmonella prevalence in a given feedlot setting and then further, for a given cohort of cattle, to examine the possible correlation between the level of environmental Salmonella contamination, Salmonella fecal shedding status, and the prevalence of Salmonella in peripheral lymph nodes of cattle at harvest.

Matched hide swab and fecal swab samples were collected from 405 cattle in Region 3 and from 95 cattle in Region 5. On average 24% of cattle per pen were sampled from a total of 10 pens, and average pen size was 224 head. Hide and fecal samples were collected from cattle restrained in a squeeze chute, as they were being processed for growth promoter re-implant (approximately 75 days post arrival at the feed yard). Environmental samples from 5 pens per yard, including pen floor surface material, water tank, feed, and flies, also were collected from each of the three participating yards. Approximately 90 days post re-implant, cattle were shipped to a commercial abattoir for harvest and a subset of cattle sampled at re-implant in October 2012 and January 2013, were selected for lymph node and fecal swab collection. Samples were analyzed for Salmonella prevalence and level. LN samples from a third set of cattle (n=15 head) originating from Region 3 were collected in March 2013. For each carcass, six lymph nodes were collected, three from each carcass half, including the superficial cervical, subiliac, and popliteal. 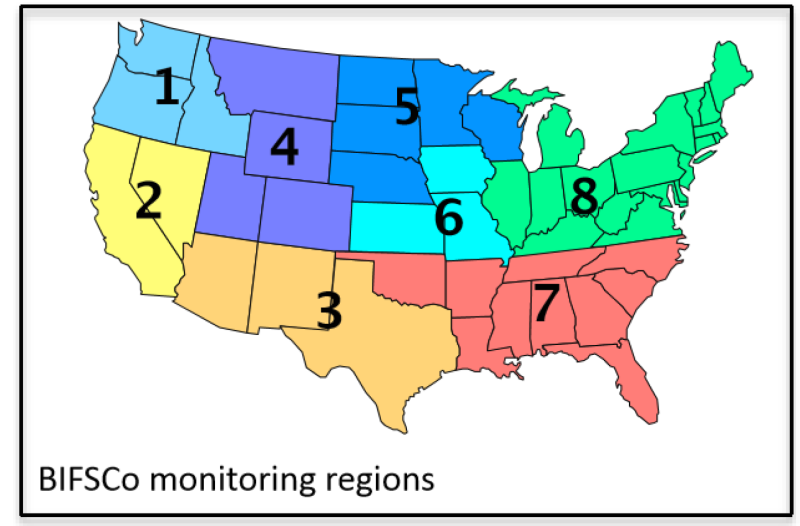 Figure 1. Map of BIFSCo monitoring regions in the U.S. 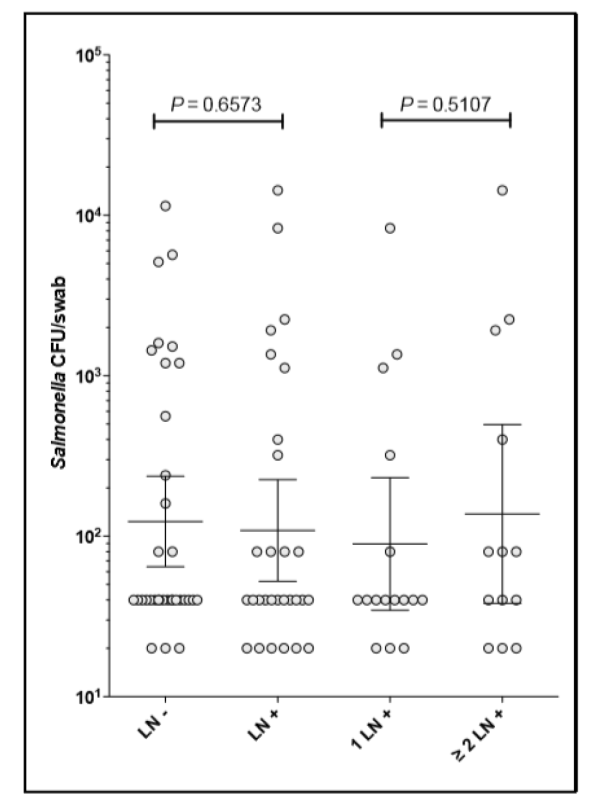 Table 1. Summary of Salmonella prevalence and levels in hide, fecal and environmental samples, in settings with high (BIFSCo Region 3), moderate (Region 5), or low (Region 5) levels of Salmonella. No SF indicates that no stable flies were present on traps; Aug/Sept 2013* - indicates time period that sample collection is anticipated to occur; Month superscripts indicate the month that cattle went to harvest and LN samples were collected; - indicates that environmental samples were not able to be collected in that time period.