The Beef Muscle Profiling Project has led processors to isolate muscles from the chuck for individual sale, rather than including them in ground beef. These muscles may have differences in color, heme-iron content and pH, and their exclusion could dramatically affect the shelf life of the resulting ground beef. Therefore, the need for research in the quality attributes for ground beef containing varying muscles has become apparent. The objective of the current research was to determine the impact of removing high value muscles from ground chuck on the overall odor and flavor stability of ground chuck at four different retail storage time periods, as well as the impact of those muscles on the supply and price of ground chuck.

Twenty-four beef steers were slaughtered at the University of Missouri-Columbia. Right chucks were assigned to a traditional method and left chucks to an innovative method. Resulting ground beef patties were placed on Styrofoam trays, overwrapped with polyvinyl chloride and displayed under fluorescent lights for 7 days (Figure 1) to determine oxidative color stability. Raw patties were analyzed for thiobarbituric acid reactive substances, myoglobin concentration, objective color by Minolta colorimeter, and by a trained sensory panel for odor, color and percent discoloration (Figure 2). Flavor volatiles (2, 3 Octanedione) were analyzed on cooked patties. Fat content was measured and used as a covariate in all other statistical analysis because fat plays a role in oxidation rates.

No differences were found in lipid oxidation, concentration of 2, 3 Octanedione, myoglobin concentration, or sensory panel odor, color, and percent discoloration. Objective color measurements showed that traditional patties faded from red to brown (green) faster (P < 0.05) than innovative patties (Figure 4). Based on these findings, removing certain muscles from ground beef could have an effect on rate of fading of the resulting patties, but does not appear to have an impact on oxidation rate and odor profile, and consumers will likely not discriminate against these patties.

According to Von Seggern, et al. (2005), meat processors can gain an extra $50 to $70 by excluding certain muscles from the ground beef mix and selling them individually for a higher price per pound (innovative style). In order for processors to take advantage of this opportunity, they need to know that this would not have a detrimental impact on the resulting ground beef that would render it unacceptable to consumers. These results show that the only difference in meat quality between the treatments is that traditional patties fade marginally faster, according to objective color measurements. However, the traditional fabrication method may still be more profitable using current pricing scenarios. Therefore, meat processors can take advantage of this opportunity without losing any days of customer acceptability of patties.

Figure 1. Ground chuck patties were placed on Styrofoam trays, overwrapped with polyvinyl chloride and displayed under fluorescent lights for 7 days. 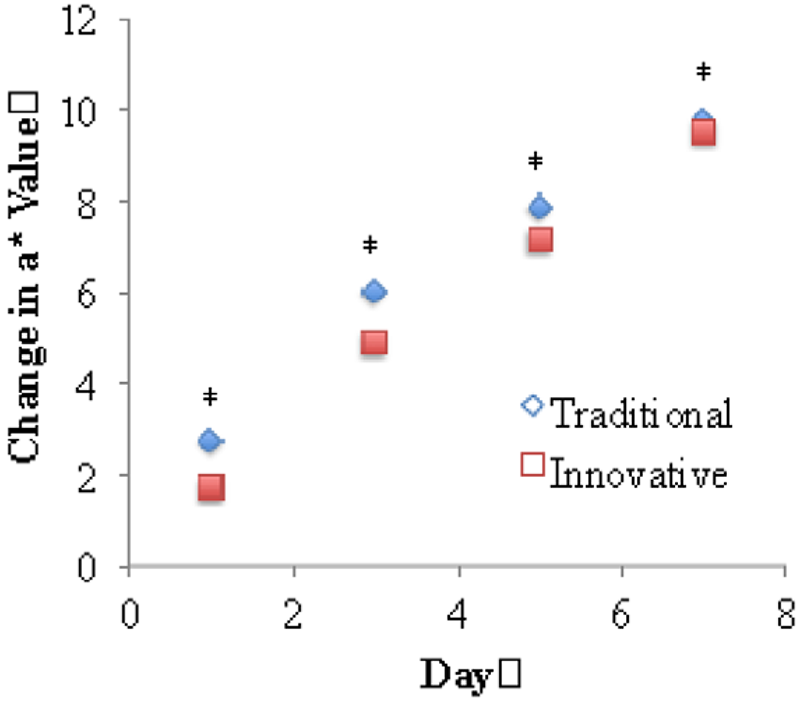 Figure 4. Objective color by the Minolta Chromameter: change in an * from Day 0 to all other days.