Tenderness is the most important factor affecting consumer ratings of beef. Beef tenderness is affected by two primary factors called background tenderness and protein (muscle fiber) tenderness. Background tenderness is determined by the amount and type of connective tissue in any given cut. For example, brisket is generally very tough unless cooked properly, whereas tenderloin is almost always very tender. One major difference between brisket and tenderloin is the amount and type of connective tissue in each. Brisket has more and tougher connective tissue and tenderloin has less and more tender connective tissue. Protein or muscle fiber tenderness is affected by the strength of the actual meat fibers, which are affected primarily by aging (holding meat in an unfrozen state). Muscle fibers in meat weaken over time due to the action of enzymes, which break apart the fiber, ultimately improving tenderness. Muscle fibers becoming weaker during aging is why steaks aged 14 days are generally more tender than steaks aged 3 days.5 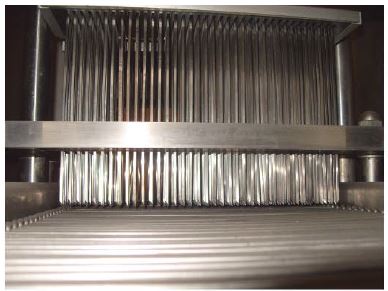 Figure 1. Rows of needles or blades in a large mechanical tenderizer. 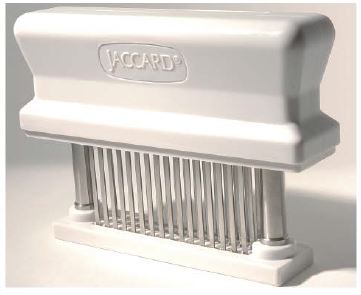 When beef is mechanically tenderized, desirability ratings for flavor and tenderness of most cuts are greatly improved.1, 2,3,5 Without a doubt, needle tenderization can be effectively utilized to reduce the variability and improve the tenderness and palatability of beef cuts. However, like any process, mechanical tenderization must be properly used to ensure the best possible outcome.

Proper use of Needle Tenderization 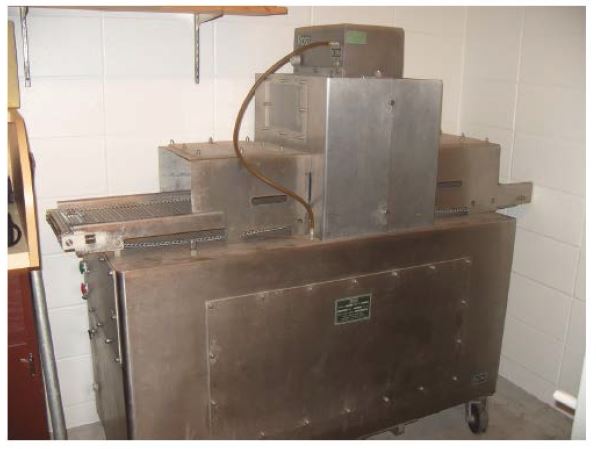 What cuts should be tenderized and how effective is needle tenderization?

When should a cut be tenderized?

Needle tenderization is commonly used to improve the tenderness of beef roasts cooked at a processing plant and intended for restaurant sales.7 Blade tenderization prior to injection generally has been found to be beneficial for textural characteristics and improve cook yield, but not influence other properties. Cuts can also be needle tenderized prior to tumbling. Blade tenderization decreased shear values by 15-20% for roasts tumbled for 0 or 2 hours compared to roasts that were not tenderized.7

Cubing (Maceration) and PoundingCubing and pounding are very effective methods of improving the tenderness of beef steaks. Cubing utilizes small blades on rollers and results in the surface of the steak being completely macerated, causing a complete change in the look and texture of the steak. Cubing is only useful for steaks because the type of equipment used for cubing can only process steaks. Cubing of beef is often done to very tough cuts such as inside round steak, but it is also used for knuckle steaks, chuck tender steaks and others. Cubing is often done at retail as the disruption of the surface results in a diminished display life. Small meat shops may cube round steaks and then freeze them. Cubing is used when making products such as Swiss steak or chicken-fried steak. Cubing is not appropriate for tender cuts such as ribeyes, tenderloins, and many value cuts. Pounding accomplishes the same result as cubing but is usually only done at home using a meat hammer.

Key points of focus when producing non-intact products include raw material control, sanitation, cold chain management and packaging. A summary report of the Non-intact Product Processing Workshop, funded by The Beef Checkoff, is available at http://www.bifsco.org/Meetings.aspx. The meeting brought together researchers, industry and government representatives to discuss research, regulation and risks associated with producing non-intact beef products. This document summarizes the group discussion and outlines research gaps identified during the meeting. Enhancing the safety of beef products is a priority for the U.S. beef industry and resources will be directed to improving the systems used to produce non-intact beef products.